The Tracking, Routes & Events module in PDM Web allows you to track and view the routes of couriers and other users logged in with PDM App. 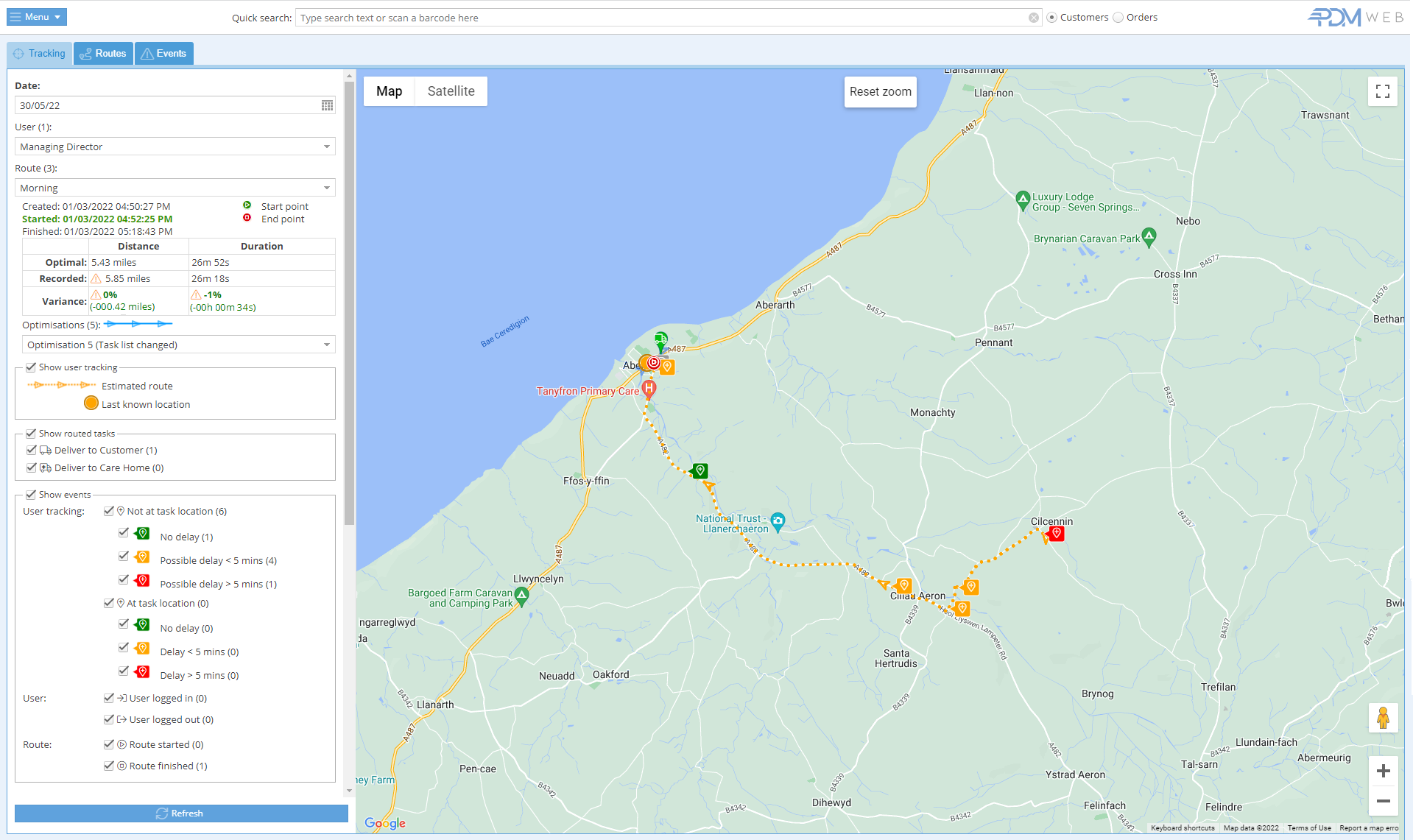 You can see the user's optimal distance (based on route optimisation) along with optimal route duration compared with the recorded data. 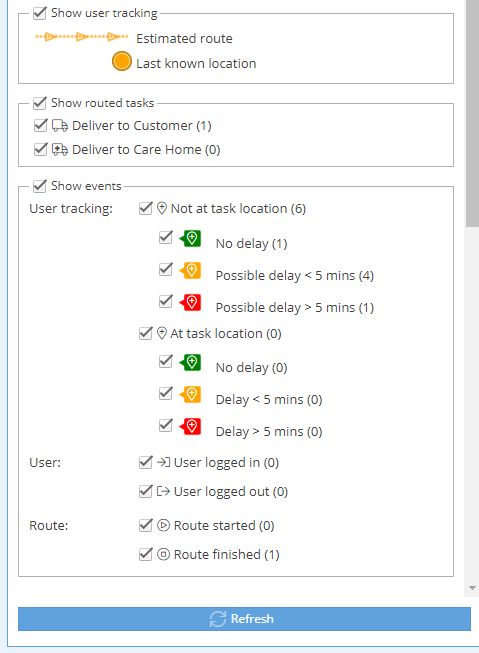 The Routes tab shows you details for routes created in PDM App: 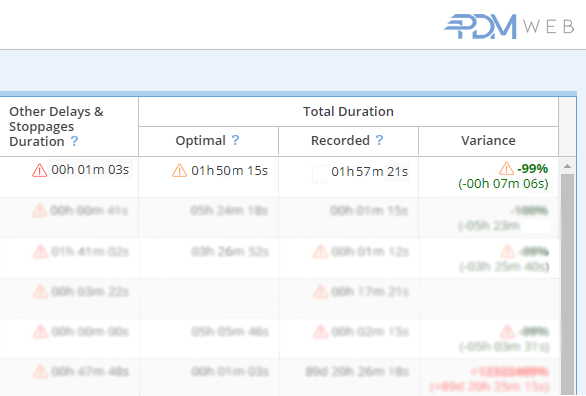 Lastly, in the Events tab, you can see a log of all events and associated details, including:

Double-click on an event to view full details including a location map.