If you have multiple branches (see Scenario 1) or you arrange deliveries for a large area, you will need a way to effectively manage your collections/deliveries.
In this scenario, we’ll set up PDM for a company with one branch and two drivers, serving two distinct regions.

Setting up your entities 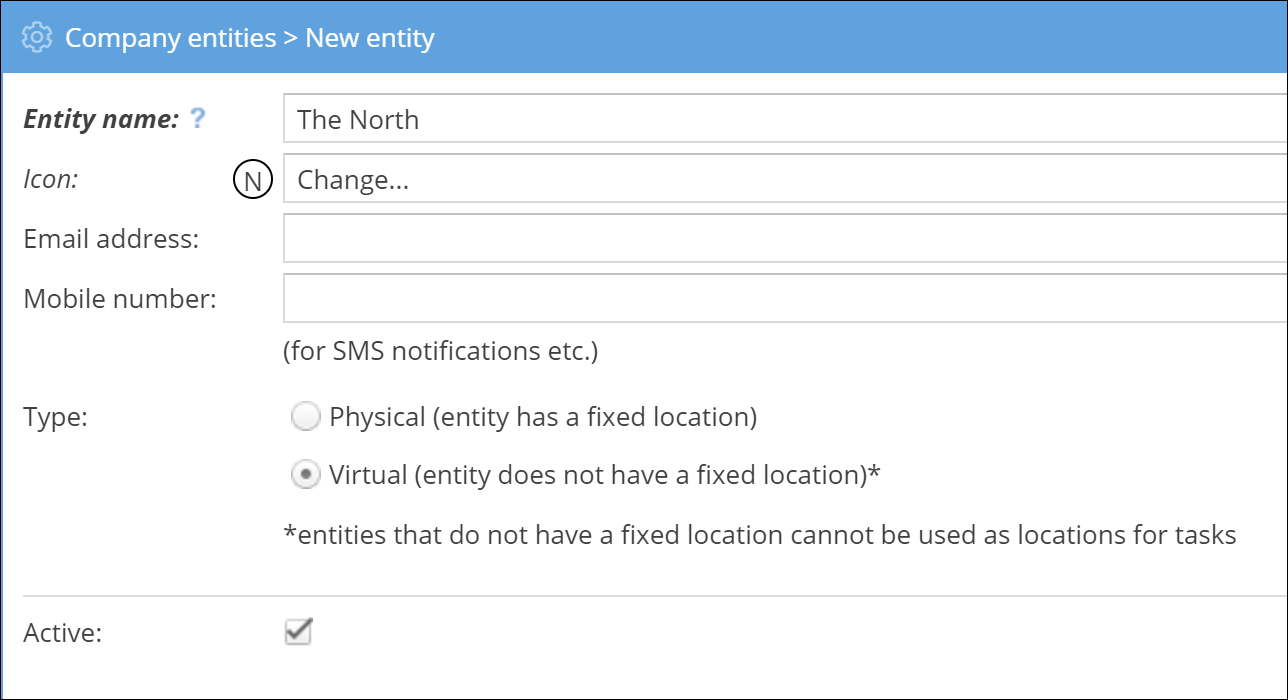 As you can see, virtual entities don’t require a physical address or any additional details to set up.

Setting up your users

Next, we’ll set up our users. The branch staff who only work at a set location will normally be only assigned to the physical entities you’ve created. However, where staff serve a general area (as opposed to a specific location), we’ll assign them to the virtual entities we created.
For our scenario, we’re going to create two drivers and assign them to the areas (North and South) they cover. We’re also going to assign them to the Couriers user group. 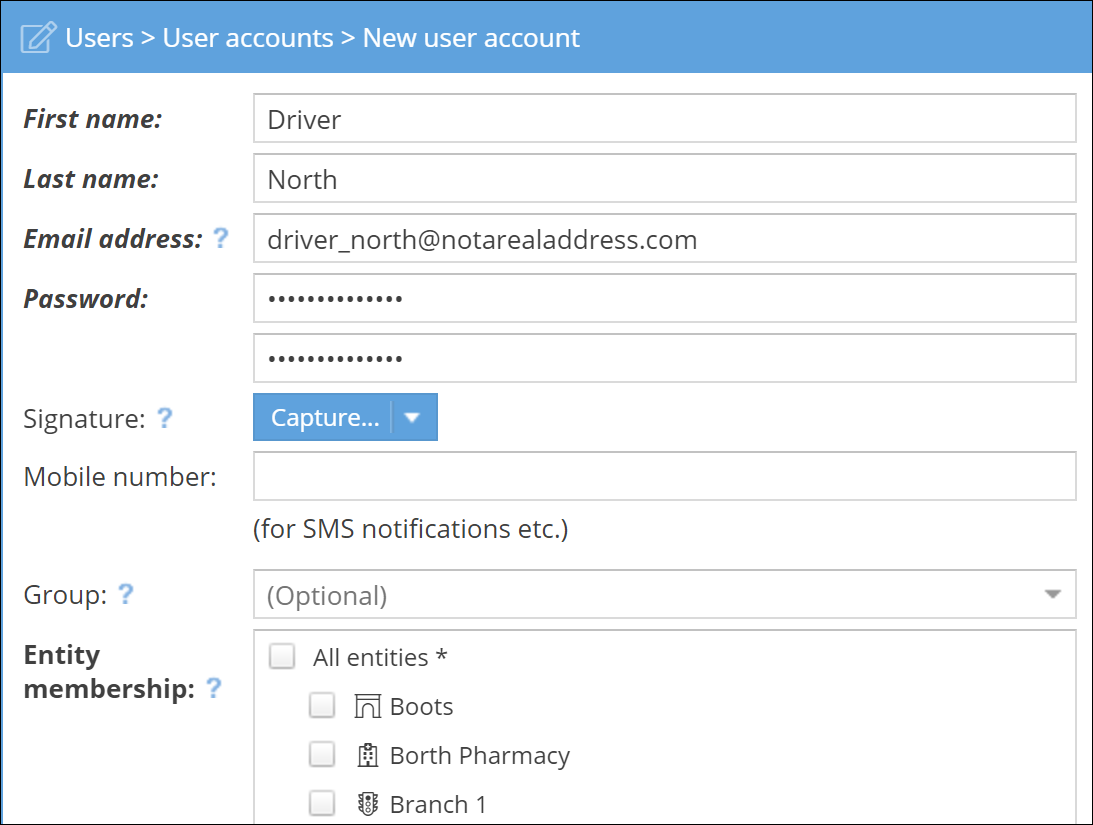 Now it’s time to create/import your customers.
In this scenario, as we need to control deliveries to multiple regions, we’ll be adding them to multiple entities. As well as adding them to the relevant physical entities, customers in the North region will be assigned to 'The North' entity and those in the South region to 'The South' entity. 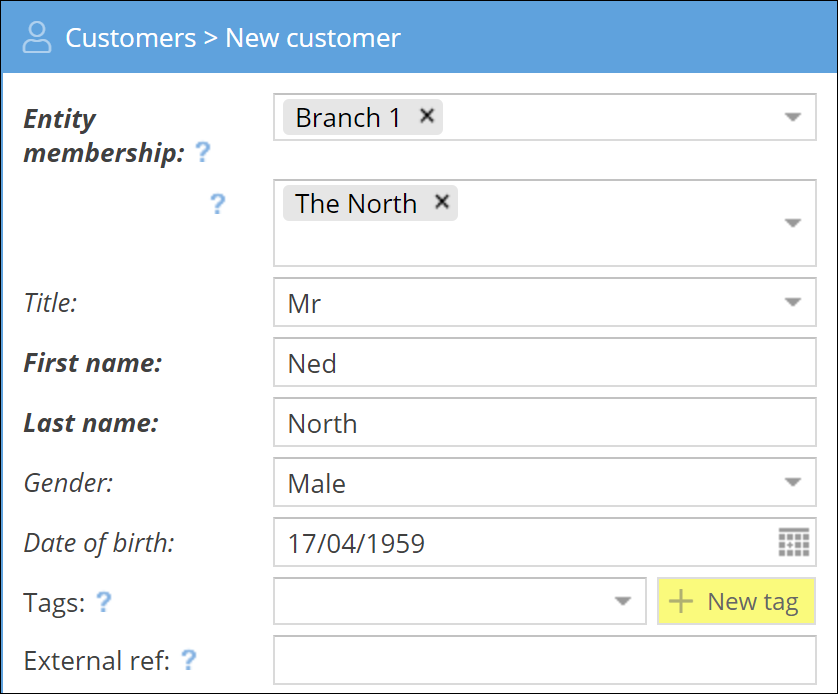 Realistically, you won’t want to divide all of your customers into distinct regions. There will likely be some customers who live close to multiple regions. Where any customers live on the region borders, we’ll add them to both regions. 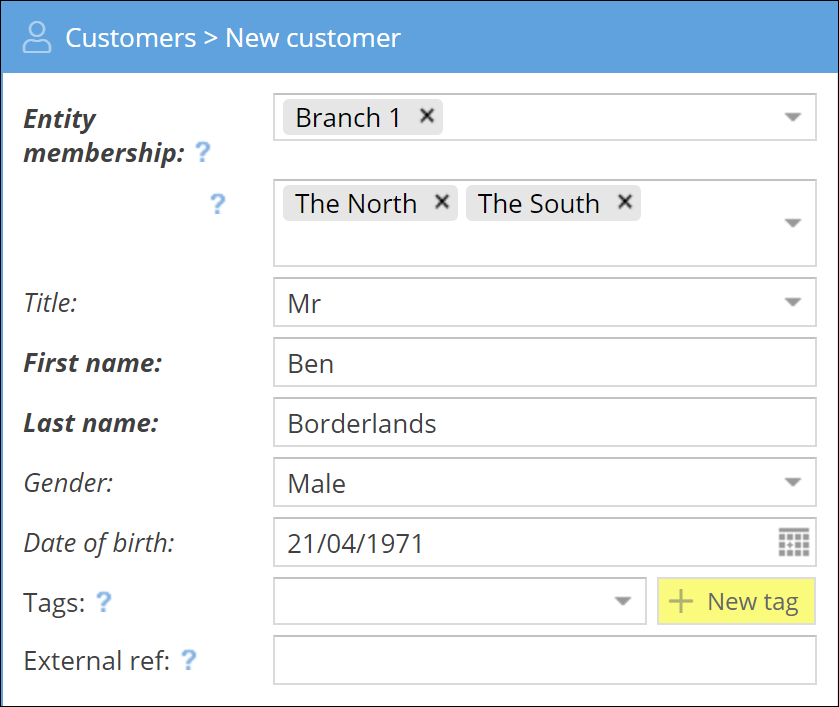 With your users and customers assigned to the right entities, assigning tasks to the right user is easy. When you create an order, you can assign your delivery tasks to the relevant drivers. Customers can be assigned to drivers in the same entity as them so, in our scenario, if they’re in more than one region entity you’ll be able to pick which driver you assign the delivery tasks to when creating an order. 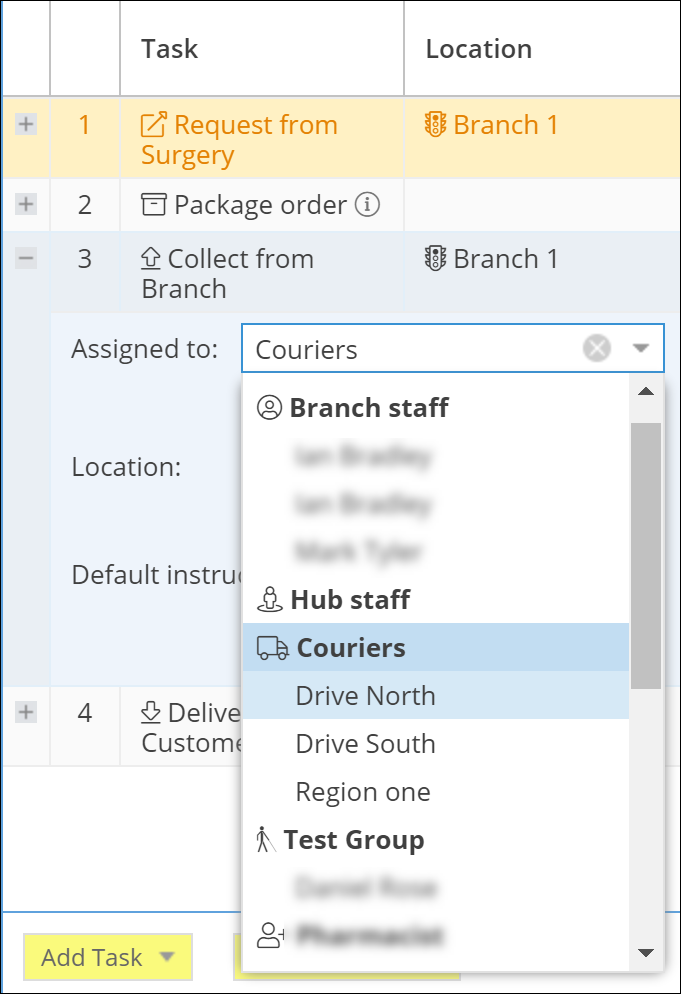 If you wanted the drivers to decide, you could also assign it to the Couriers user group and both drivers would be able to access and pick up the order.